Monday
Monday morning, juf A. asked me if I wanted to do circle time in the morning. Then, after the general talk in the circle, she would take group 2 to the hallway to explain their assignment and I would do the same with group 1 in the classroom. The children were involved during the general circle time and at some times when they weren’t, I either called out their name or stopped for a second and then they would be focused again. When I was alone with group 1, all the children were quiet and listening as I explained their assignment. At one time when I spoke about a cat, one child thought it would be funny to crawl around meowing on the ground and half of the group joined in. I asked them to sit down again and they didn’t. When I said that it was a pity that my story could not continue if half of them weren’t listening, they all sat down again and listened further to the explanation. The assignment which I explained had to do with this week’s goal, which is cause and effect for group 1. They all got 8 pictures on one sheet and 8 individual other pictures. This needed to become a story where the 8 pictures had to go left and right to the pictures on the sheet. When the 8 individual pictures were turned around, one bigger picture would appear and the children could then check if they put the pictures down correctly. I will use this same game again when I check if they reached their goal later this week so I wrote down the names of the children in columns below ✔ x and ?. The children below the ✔ will be checked first. The children below the x and ? will be checked later this week to give them more time to practice.

Onderbouwd
Last Friday afternoon, I negotiated my tasks for this week with my mentor Miss. P. We said that for next week it would be good if I would test if all the children achieved their week’s goal. In the first week, the assessment process was explained to me. In this class, they work with ‘Onderbouwd’ (www.onderbouwdonline.nl). The different themes covered during the school year are: Autumn, winter, spring, summer, me and my body, books, family, Sinterklaas and Christmas. These again are subdivided into ‘taal’ (language), ‘rekenen’ (mathematics) and motor skills in where motor skills is taught intertwined with taal and rekenen. Teachers can login on the website and keep track of the goals achieved by each individual child. Every week has a minimum goal that children should achieve and a more advanced goal. If the children in group 1 do not achieve this goal, they can try again in group 2. If children in group 2 don’t achieve the goal, it is still not a big problem as they can try it again in group 3. But they’d rather see the children achieving each minimum goal by the end of group 2. When they try to achieve to goal for the second time, the more advanced goal cannot be achieved anymore. All the children also have a book in which the teachers keep track of the achieved goals. When a goal is achieved, they get a stamp in a book for the corresponding week. With a green pencil, the box ‘Minimum’ or ‘Advanced’ is coloured in.
So, my mentor and I decided that I could do the assessing for this week. For group 1, it is about cause and effect (the story game mentioned above is part of this goal). Group 2 is working on the sounds. The goal to reach is to identify the beginning and end sound of a word. So they need to recognize that cat and car start with the same sound and can and pen end with the same sound. When they want to reach the advanced goal, they need to be able to recognize middle sounds (shout/house).
By the end of the week, half of the children of group 1 did not reach the goal. This was expected as the goal to reach was quite difficult. Group 2 all did well with the beginning sounds, for some of them the end and middle were still quite difficult. I checked all of them and noted their results in their digital assessment file as well as their physical booklet.

Gym
I observed several activities during a gym lesson:
- A tagger is chosen and stands in the middle of the gym. All the other children are at one side of the gym and run to the other as the tagger tries to tag them. When someone is tagged, he/she holds the hand of the original tagger and they now tag together. The children run again from side to side. Every child being tagged, holds hands with the other taggers. Only the taggers on the outside are able to tag. The tagline in the middle becomes bigger and bigger. The ‘snake’ gets too big with 7 children and they start again with another tagger.
- The teacher makes 2 fair lines of children. The first child in the line gets a ball. There needs to be a little space in between every child. They are supposed to give the ball to the child behind them by holding the ball up, so over their heads. When the last child has the ball, he/she goes to the front, they made it a little game. So the last ones in the line have an important task. It doesn’t matter if you don’t win. One child was dreaming with his hands in his pockets, looking at the other group. This way you cannot finish.
- For this game, there are 2 taggers. When you get tagged, you stand with your legs wide and arms up in the air with your hands together. Someone else can go through your poortje and then you can play again. During the game, 5 children already went through a group 1 child’s poortje. One of the group 2 children notices this, goes to the child and says “Did someone go through your poortje?” Child nods. “Then you can run again, come on!” The teacher ends the active game by singing the line of a song “We’re making a circle of boys and of girl” a few times. The children quickly go to the teacher and stand in the circle and so become calm.
- All the children sit in a circle. One of the children is chosen to be the giant. The giant sleeps outside of the circle. The place where this child sat in the circle, is now the door. One of the other children is chosen to be the little goblin. This child goes over to the giant to ask if he wants to play. The giant answers, gets up and runs after the child. The little goblin runs away until he is safe in his house.

Groepsvoorstelling
This week, I witnessed a play of group 4. They started the show with the song “To stop the train” and then told us they can also do this in a round, and they did with 5 groups. Next, they had 5 little plays. After each play, the teacher asked the audience where it occurred and what happened. The different locations of the plays were: a bakery, going to houses to collect candy for a holiday, a restaurant, the playground and a football field. They ended with a song where children played three different instruments and the others were dancers. The radio stopped working so the teacher went over there to take a look. Without being told, all the children went on with the dance by singing the song themselves. Nice improv skills!
Kanjertraining
This week’s story for the training was one of the little rabbits (yellow cap), Jo, who put up a white hat. The tigers (white caps) took a white cap to the rabbit house to give Jo a white cap. Jo was scared to put it on but the tigers convinced Jo to do it anyway. “We will help you!” If other people would laugh at him, he could change to the yellow cap again. It worked and now all the rabbits want to put on a white cap. The teacher asks questions like
“Why do all the rabbits want to wear a white cap?”
“Is anyone of you afraid sometimes?”
“If Miss Anne tells me to make a puzzle which I find too difficult and I am afraid to make it, what can I do?”
One of the children responds “I walk to Miss Anne and tell her if I can help and we do it together.”
“Who has a white cap on in this class? How can I see that?”
Answers were:
- Because I am sweet
- Because I help others to tidy up
- Because I am tough, nice tough.
- Because I help children
Children talk through the teacher, she reacts: “If you talk and do not listen, then you are not wearing a white cap.”
“The more tigers there are in the class, the nicer the class is and the less fights we have.”

Improv
In the morning, 2 boys made a big tower of small playing chairs. Miss P. saw that the boys broke the record of 13. When miss P. did circle time afterwards, she got all the chairs and asked some children if they could make groups. The first boy took all the red chairs out and put them apart. The second child took all the blue ones out and the last child all the yellow ones. Now they made 3 groups based on colour and they counted how many of each they had. Now, Miss P. made pairs of the chairs. She skip counted the chairs, together with the children, by 2. This was not in her planning of course because she didn’t know yet that the boys would break the record. These things are nice to keep an eye on so that this can be used during e.g. circle time.

End of theme
This Friday, the theme that we had for the last couple of weeks ended. This theme was autumn and the next will be Sinterklaas. Miss P. asked the children during circle time what they had all learned. She showed them all the books they had read and went over all the newly learned words. She mentioned the words when showing them pictures of these words (toadstool, hedgehog, squirrel…). She asked all the children to repeat these words in English. When a child gets something correct, she goes to them to give them a high-five.
Miss P did an activity with them where she put a wooden fishbowl in the middle on the table. This games includes a wooden rod with a magnet on the end. All the fish that can go in the fishbowl also have a magnet on them so they can be caught. Miss P clipped the pictures (toadstool, hedgehog, squirrel…) on the fish and let one child at a time catch a fish. They then had to look at the picture and tell the rest what they caught (in English of course). When they do not know, they have to put the fish back. The teacher reminds them after a few incorrect words, that they should look for words they know and try to catch those. When all the words are caught, they are laid out on the table. The teacher asks a child to ‘Bring me the (e.g.) hedgehog.’ When a child brings the card to her, she asks the rest if it is correct. The children first respond with ‘Yeeeess’, but Miss P. reminds them to answer ‘Yes, it is.’
It is now time to go outside, the helpers can get their coat first. When someone comes back with their coat, they tap another child on the shoulder and then he/she can get their coat. 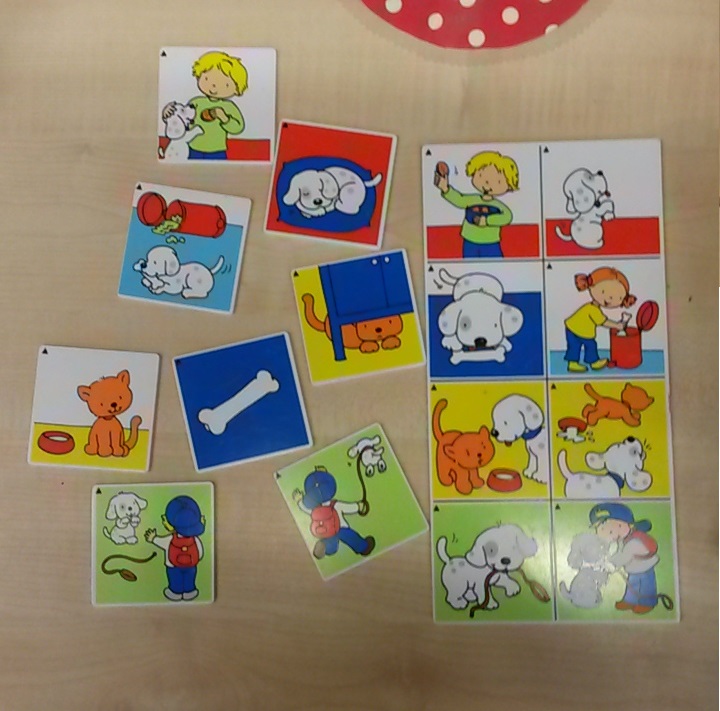 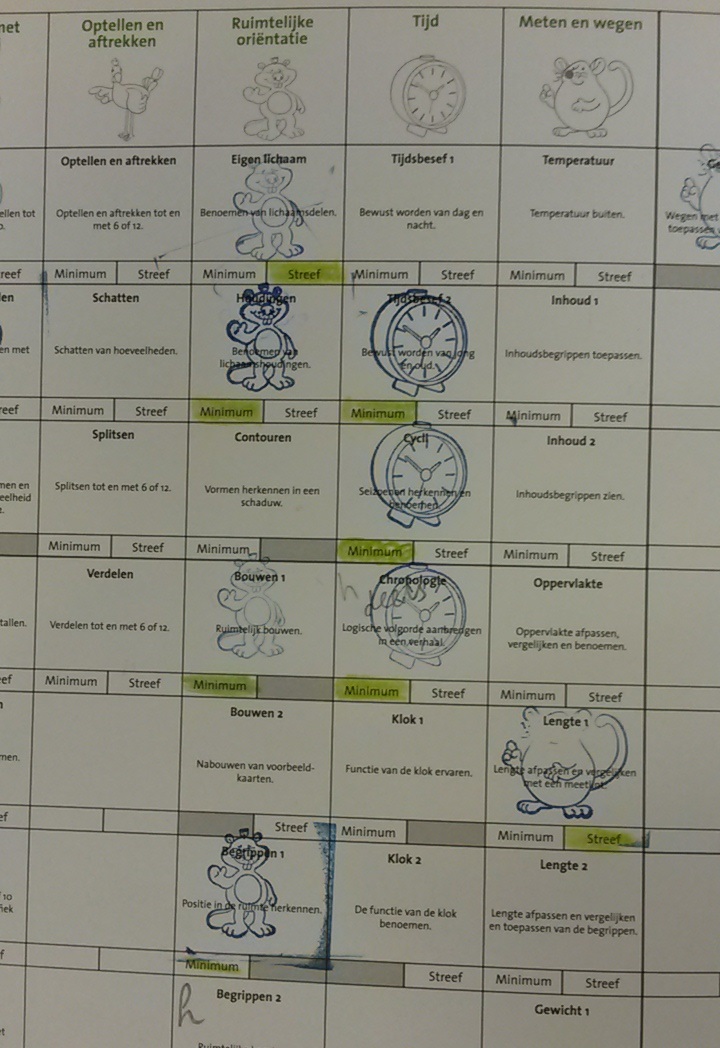 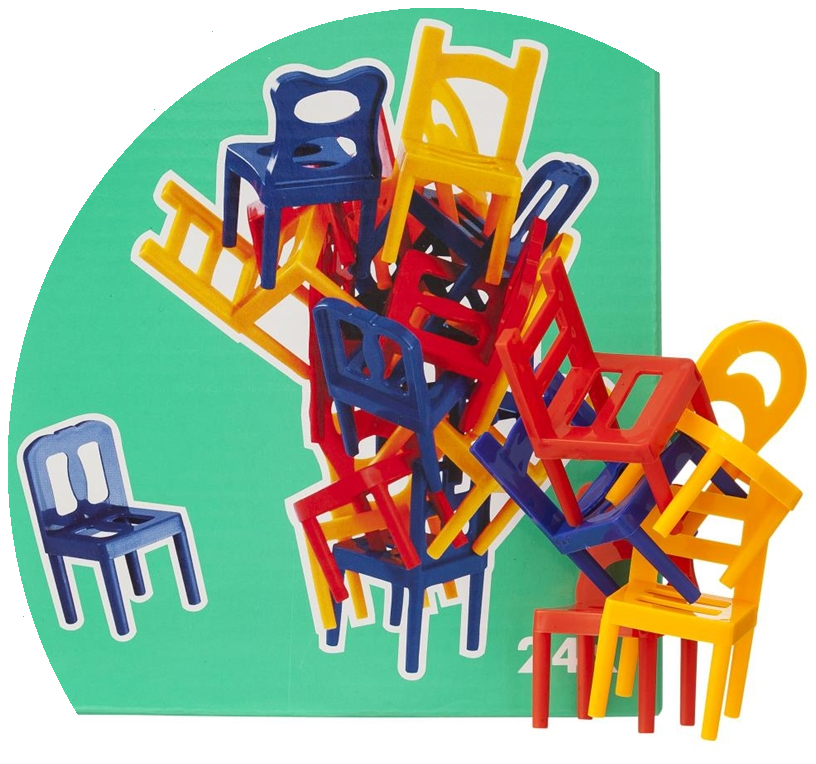